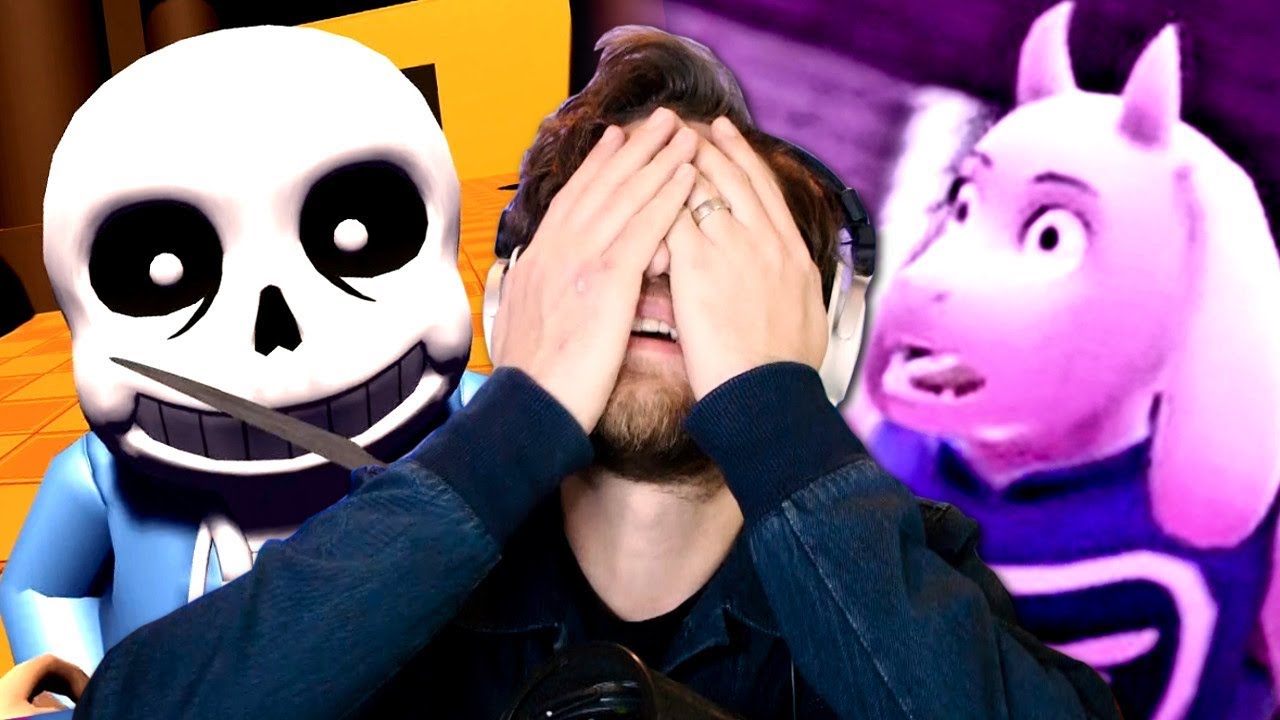 The Undertale fan-games I played in this video are as follows:
What if Undertale Was a 3D Game
Drunktale
3Dtale Sans

Welcome to UNDERTALE. In this RPG, you control a human who falls underground into the world of monsters. Now you must find your way out… or stay trapped forever.

The battle system in Undertale is turn-based and seems to be heavily inspired by bullet-hell games – in particular, the Touhou series – where the protagonist’s SOUL, represented by a red heart, must avoid attacks unleashed by the opponent. As the game progresses, new elements are introduced, such as colored obstacles which require the soul to stay still or move through them, and some battles (including some of the Boss battles) which change the way the heart is controlled. During the player’s turn, they have the opportunity to fight the opponent (involving quick-time input), perform actions that can change the opponent’s mood, use items, and show mercy by sparing the enemy, which ends the combat if the correct actions have been used. Killing an enemy will reward EXP and LV, but neither are given if they are successfully spared; GOLD is earned in both cases. The game has a large emphasis on the morality of killing and sparing the Monsters encountered, as the player’s actions determine what ending they will receive. Unlike traditional RPGs, it is possible to complete the game without ever killing a single monster.

I try to keep my language clean, but keep in mind that what defines a “dirty word” is different from person to person. For business inquiries or prayer requests, send me an email at yubplays@gmail.com

This YouTube channel is mostly Let’s Play, Gameplay, Playthrough videos. Sometimes I do vlogs as well. If you are subscribed, it means the world to me. Please don’t hesitate to leave me a message or comment, I respond to as many as I can!

Partner to the FullScreen / ScrewAttack network!