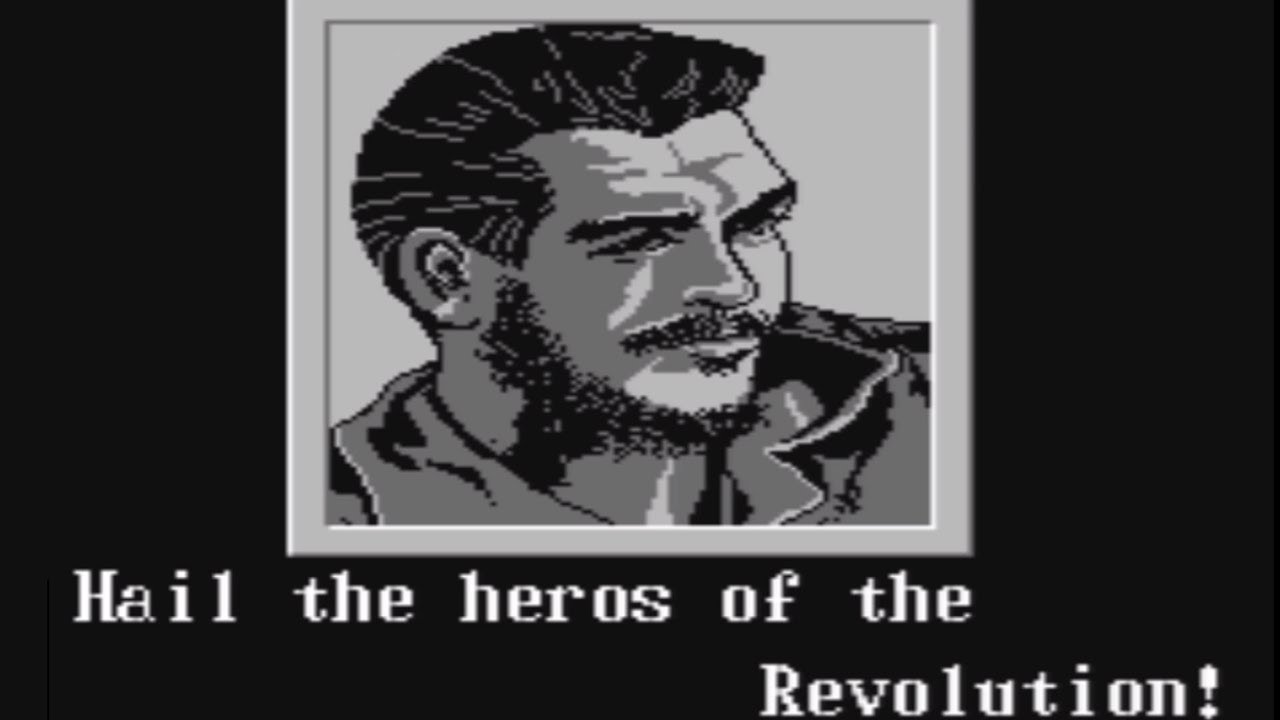 A playthrough of SNK’s 1989 run-and-gun shooter for the NES, Guerrilla War.

Guerrilla War was a favorite among my friends and I growing up, and I have to say, I don’t ever remember hearing anyone speak badly about it. After relying on Micronics to develop ports for many of their early NES releases like Ikari Warriors and Athena, it seemed that SNK finally wisened up to the fact that they themselves could do a much better job. And boy, did they ever prove it! Between POW, Iron Tank, and Guerrilla War, the quality of SNK’s output skyrocketed once they moved development in house.

Guerrilla War is the Ikari Warriors that NES players deserved the first time. The format is the same: from a top-down perspective, your guys run around shooting up everything that moves while collecting power-ups and trying to not run out of lives. So what makes Guerrilla War such an improvement? Everything, that’s what.

The controls are far more solid this time, and your soldiers can turn on a dime (does anyone else remember that awful “turning circle” that the NES Ikari Warriors subjected you to?) and it’s far easier to line up shots that will connect with the enemy.

The piss poor performance of the older Micronics games (Ikari Warriors consistently runs with a framerate in the low teens – ugh) now is also a thing of the past – levels freely scroll in every direction, bullets fly in every direction at a pretty speedy clip, and the general art style is *way* more attractive this time around. There is still a lot of sprite clipping and flickering, but that can’t really be avoided when the NES has to move so many things across the screen at once. Though you’ll occasionally get killed because a bullet flickers out of view before it reaches you, such things are rare occurrences – the game play is rock solid.

That’s not to say it’s easy by any means – this is not an easy game. However, it is *far* more forgiving than most NES titles. It provides unlimited continues, and you restart from the same point that you died at, so no matter how poor you are at it, you can absolutely finish it with enough effort. While some people argue that this kills the replayability, I always thought it did the exact opposite. Even when you are constantly being killed the game is a blast, and removing the frustration involved in having to start again from the beginning does wonders for motivation to keep playing, which in turn provides more opportunities to practice and improve. Two-player simultaneous co-op play just sweetens the deal all the more.

Guerrilla War’s presentation sees a fair share of cutbacks from the 16-bit arcade original, but it looks great on the NES. The colors are all quite vibrant, and all of the backdrops have a surprising amount of detail to them for how much they reuse the same tile sets again and again. The sound is also excellent – the music is reminiscent of other SNK-developed NES games like Ikari III, Crystalis, and Iron Tank, and the tunes are all just as catchy here as they are in those games.

Finally, if you couldn’t tell from the cutscenes throughout, Guerrilla War has been censored a fair amount from the Japanese version. Nintendo wasn’t a fan of politics in their games at the time, so the story was altered to meet Nintendo’s requirements. Whereas in the Japanese version, named “Guevara,” has you (player 1 as Che Guevara and player 2 as Fidel Castro) storming Havana in an attempt to overthrow the tyrannical Fulgencio Batista, the US version merely has you controlling “heros [sic] of the revolution” fighting a cruel “king” for control of a random island in the Caribbean. Even with the changes, the intention is quite clear.

Guerrilla War is a fantastic NES game, and handily provides some of the best multiplayer run-and-gun shooting action to ever grace the machine. It’s super cheap for an NES game (you can grab a cart on eBay for about $10, shipping included), and there are few games on the machine that I can think of that carry the kind of universal appeal that this one has. It’s well worth taking a chance on. If you like good gaming, you’ll enjoy Guerrilla War. I guarantee it.
_
No cheats were used during the recording of this video.