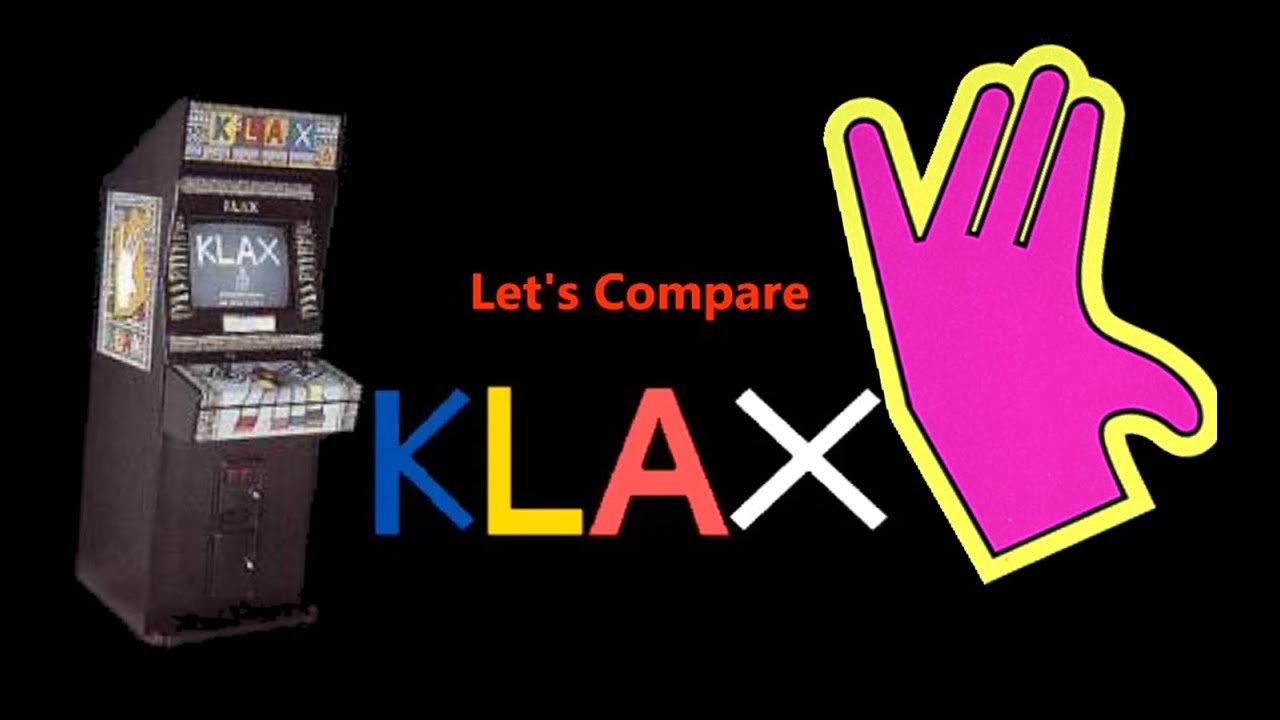 Klax is a 1989 computer puzzle game designed by Dave Akers and Mark Stephen Pierce. The object is to line up colored blocks into rows of similar colors to make them disappear, similar to Columns. Atari Games originally released it as a coin-op follow up to Tetris, about which they were tangled in a legal dispute at the time.